Nexus Fuels LLC (Nexus) and Shell today announce a supply agreement, for 60,000 tonnes over four years, of pyrolysis liquid made from plastic waste, which is then converted into chemical products. Nexus, a leader in plastic waste molecular recycling, will supply fully circular, ISCC Plus-certified product from its plant in Atlanta.

This enhanced collaboration follows a year of continuous, high-quality supply to Shell’s chemical plant in Norco, Louisiana, USA, where it has been used in the liquid cracker to make chemicals that are the raw materials for everyday items. The new agreement builds on that success and on a common desire to find solutions to plastic waste pollution and progressing a low-carbon future. It is a next step towards Shell’s ambitionto use one million tonnes of plastic waste a year in its global chemical plants by 2025.

Jeff Gold, Nexus Chief Executive Officer, said“We appreciate Shell’s support of Nexus to convert waste plastics to virgin-molecule feedstocks and back into chemical products. Their teams have been great partners and share our philosophy and vision for improving our environment.”

Thomas Casparie, Executive Vice President of Shell’s global chemicals business, said “Real-world, in-plant testing and application is key to proving technologies and scaling up production of chemicals from plastic waste. This new supply agreement with Nexus is built on that solid foundation and is a positive step towards providing our customers with bigger volumes of sustainable, circular chemicals.”

Nexus, based in Atlanta, GA, is an end-to-end plastics recycling business – an operational, commercially scaled, continuous system. TheNexus Fuels plant in Atlanta is the first multi-polymer pyrolysis operation in the US to receive ISCC Plus certification. Nexus has developed a very efficient system built at low capital cost and without a need for catalysts or post-processing, yielding clean, ISCC Plus on-specification outputs. Nexus is passionate about the environment. Nexus’ process is environmentally friendly, designed end-to-end including software, front-end feedstock processing, comprehensive regulatory approvals, in-depth training programs, and strategic pricing/positioning guided by financially driven metrics. Nexus’ operating philosophy is founded on the principle for any recycling solution to succeed it must be sustainable, technically proven at scale, and operate as a robust business without incentives/grants, without causing harm to the environment.

Shell’s global chemicals business supplies customers with a range of base, intermediate and performance chemicals used to make products that people use every day. These finished products contribute to society’s ability to live, work, care and respond to climate change. As global demand for chemicals increases, we plan to grow our business, by understanding and providing for our customers’ needs. Our business is versatile and resilient. We have strong market positions, integrated world-scale assets, leading technologies and a commitment to a sustainable future. References to the expressions “Shell”, “Shell’s chemicals business” or “Shell’s chemical plants” refer to multiple companies that are part of the Shell Group that are engaged in chemical or related businesses. For more information, please visit www.shell.com/chemicals.

More information can be found in the video and animation. 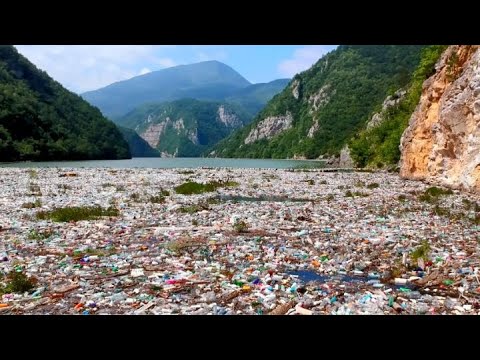 Video showing how Shell is using plastic waste to create a valuable base chemical for feedstock.

Shell is working with companies in the U.S. to source plastic waste and using a process called pyrolysis, is turning this waste into an oil that will be used to create a feedstock for future products.

If you think about it,

ideas can be a form of energy.

They can drive action. Spur results.

Even make the world a better place.

And Shell is part of such an idea:

Turning plastic waste into something valuable – raw materials for chemicals.

It takes innovation and commitment to bring that idea to life.

We’re teaming up with innovative companies that collect and transform plastic waste to liquid.

We then use it to produce chemicals.

Chemicals used by our customers to make things like furniture, medical equipment, home appliances, and even smartphones.

It’s not just an idea on paper:

We are making this a reality today at our Norco chemical plant in the United States.

Yes, ideas can be a form of energy.

And when we all work together, these ideas have the power to bring about significant change.

A rotating circular band appears on screen which is divided in to segments with pointers directed to the right indicating a constantly moving circular process. There is text in the centre.

Shell is using a feedstock made from plastic waste to create chemicals.

Appearing clockwise in each segment of the circular band, an image appears:

Segment 3 – Image of a recycling plant.

Segment 5 – molecular structure with 3 branches coming off it, one to a t-shirt, one to a tyre and one to a plastic bottle.

How does the process work?

The screen zooms in to the segment 1 image and the image changes to a ‘life’ scene of a house, car, people walking, a male on a bike, children playing football, a high rise building and an aeroplane in the sky.

Plastics are used in the home, hospitals, electronics, construction, transport, agriculture and sport.

This image reverts back to the original composition of a car, a football, a plastic bottle, a plastic bag and a laptop.

The screen then zooms in to the image of the refuse truck which picks up a refuse bin, tips the contents in to the truck and then drives away.

Plastic waste is collected and sorted.

The refuse truck drives towards the recycling plant image.

The plastic waste is chemically recycled…..

The image of the recycling plant enlarges on screen as arrows move from left to right above the building.

…using a special heating process called pyrolysis, turning it into a liquid.

The image of a Shell chemicals plant appears on screen.

This liquid is used in a cracker at a Shell chemicals plant.

This produces a range of chemicals.

These are used by customers to make thousands of final products we see every day, including plastics.

Around one of the molecular structures appears images of a t-shirt, a laptop, a tyre, a can of paint and a paintbrush, a plastic bottle and a washing machine.

The screen zooms out to show the circular process image depicted at the beginning of the video.

This then fades out.

Shell’s ambition is to use one million tonnes of plastic waste a year in its global chemical plants by 2025.

The companies in which Royal Dutch Shell plc directly and indirectly owns investments are separate legal entities. In this release “Shell”, “Shell Group” and “Royal Dutch Shell” are sometimes used for convenience where references are made to Royal Dutch Shell plc and its subsidiaries in general. Likewise, the words “we”, “us” and “our” are also used to refer to Royal Dutch Shell plc and its subsidiaries in general or to those who work for them. These terms are also used where no useful purpose is served by identifying the particular entity or entities. ‘‘Subsidiaries’’, “Shell subsidiaries” and “Shell companies” as used in this release refer to entities over which Royal Dutch Shell plc either directly or indirectly has control. Entities and unincorporated arrangements over which Shell has joint control are generally referred to as “joint ventures” and “joint operations”, respectively. Entities over which Shell has significant influence but neither control nor joint control are referred to as “associates”. The term “Shell interest” is used for convenience to indicate the direct and/or indirect ownership interest held by Shell in an entity or unincorporated joint arrangement, after exclusion of all third-party interest.

This release contains data and analysis from Shell’s Sky scenario. Unlike Shell’s previously published Mountains and Oceans exploratory scenarios, the Sky scenario is based on the assumption that society reaches the Paris Agreement’s goal of holding the rise in global average temperatures this century to well below two degrees Celsius (2°C) above pre-industrial levels. Unlike Shell’s Mountains and Oceans scenarios, which unfolded in an open-ended way based upon plausible assumptions and quantifications, the Sky scenario was specifically designed to reach the Paris Agreement’s goal in a technically possible manner. These scenarios are a part of an ongoing process used in Shell for over 40 years to challenge executives’ perspectives on the future business environment. They are designed to stretch management to consider even events that may only be remotely possible. Scenarios, therefore, are not intended to be predictions of likely future events or outcomes.

We may have used certain terms, such as resources, in this release that the United States Securities and Exchange Commission (SEC) strictly prohibits us from including in our filings with the SEC. Investors are urged to consider closely the disclosure in our Form 20-F, File No 1-32575, available on the SEC website www.sec.gov.

Shell companies first entered the chemicals industry in 1929, via a partnership in the Netherlands called NV Mekog, which manufactured ammonia from coke-oven gas.