Natural gas from the deep-water Ormen Lange field off Norway’s coast meets about 20% of the UK’s gas needs. It first arrives onshore at the Nyhamna processing plant, where impurities are removed, then piped to the UK. A huge project (the Nyhamna Expansion) recently upgraded the plant to receive gas from more fields through a new pipeline, allowing it to supply enough gas for up to 22 million European homes.

The Nyhamna story in film 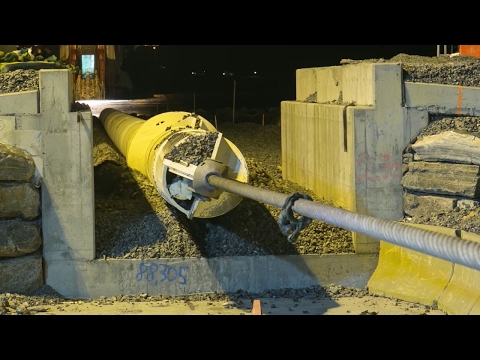 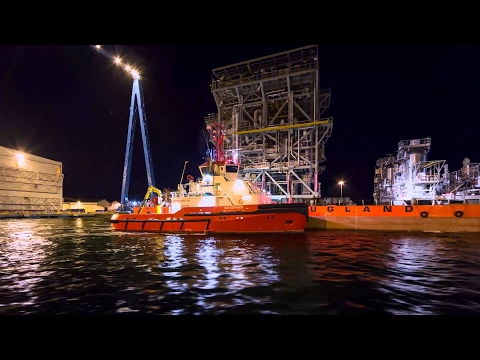 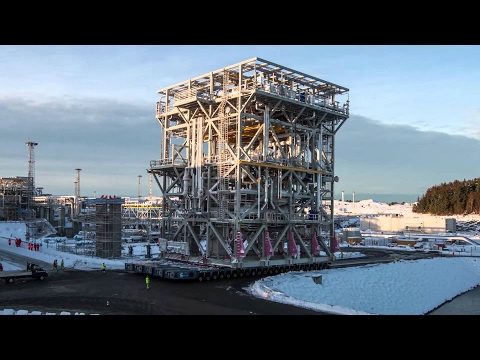 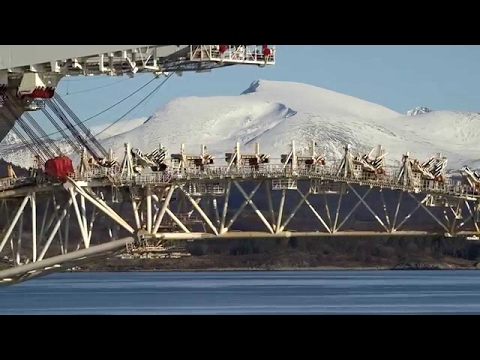 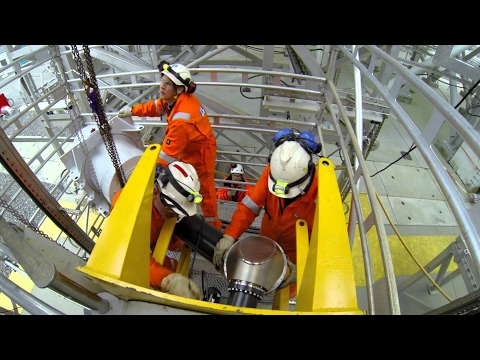 The completion of Polarled pipeline, which runs from the Shell-operated Nyhamna onshore facility on the west coast of Norway to north of the Polar circle

{Highlighting the completion of the Polarled pipeline}

{The Sound of Shell. Atmospheric and positive}

{ In March 2015, the Polarled pipeline laying commenced. It was laid by the world’s largest pipe laying vessel “Solitaire” from Allseas. The development operator is Statoil.}

{People by night at the landfall at Nyhamna. The back of the Solitaire ship shows the pipeline coming out towards shore. Then we see inside the ship where pipes are being welded together.}

{The pipeline consists of more than 40 000 pipes, each of which is 12 metres in length and has a diameter of 36 inches.}

{Continue from inside the ship and welding work. Then from the landfall where you see the pipe coming onshore and are pulled towards the ending point onshore.}

{The pipeline extends 480 kilometres north from Nyhamna in Møre and Romsdal county to the Aasta Hansteen field in the Norwegian Sea.}

{Activity in the landfall as the pipe is moving towards its ending point onshore.}

{At the Shell operated Nyhamna Gas Plant, preparations for receiving gas from Polarled started in 2013.}

{Drone shot of the onshore site where a big module is transported. Close up on excavation work from site. Close up of pipework with workers placing a new pipe. Then air shot with overview of the site.}

{This project includes expanding the plant capacity from 70 million Sm3 to 84 million Sm3 gas per day. Booster compressors are also installed to increase recovery from the Ormen Lange field.}

{Close-up: Export and import pipelines in the landfall with to persons in the background}

{Gas is exported to the UK through the 1200 kilometre-long Langeled pipeline.}

{In early 2017 the Polarled pipeline was connected to Nyhamna… }

{Air shot at the full onshore plant. We move towards the sea.}

{…resulting in a continuous pipeline running from north of the Arctic Circle off the coast of Norway to the southern UK, approximately 1700 kilometres in total length.}

{Air shot at the full onshore plant. We move towards the sea. Next clip shows small islands with Nyhamna in the background in a distance.}

{Gas is exported to the UK through the 1200 kilometre-long Langeled pipeline.}

{Camera is fronting the open sea.}

{The Sound of Shell. Atmospheric, builds gradually, dramatic and positive}

{Zoom into a hangar while huge doors are opening to reveal a giant module.}

{This is the last and biggest of 54 huge modules packed with equipment to process natural gas. It is destined for a gas plant expansion project in Nyhamna, Norway.}

{The module is placed onto a barge}

{After being loaded onto a barge it starts a 450-kilometre journey from Stord to Nyhamna up the coast of Norway.}

{After 40 hours it arrives at Nyhamna, where it is offloaded in Norwegian winter weather}

{Carried on a trailer with 500 wheels, the module is carefully transported along narrow roads to the project site.

When installed, the module will receive gas piped 480 kilometres through a new pipeline called Polarled.}

{Once the expansion project is complete Nyhamna will provide enough gas for up to 22 million European homes.}

The Nyhamna gas plant is being expanded to allow it to provide enough gas to power nearly 22 million European homes.

The Nyhamna gas plant in Norway supplies approximately 20% of the UK’s natural gas.

Panoramic view of Nyhamna gas plant with mountains in the background.

The plant is expanding to boost recovery from Ormen Lange and receive gas from more fields.

Close-up view of rock being broken up by hydraulic rock breaker.

Nyhamna will operate further into the future.

Speeded up view of crane swinging module into position.

Module being manoeuvred into place

Speeded up view of another module being manoeuvred into place.

A 480-kilometre pipeline had to be laid.

Pipeline being winched into gas plant at night.

The project involves 6,000 people working across the globe.

People working in hangar on module.

Workmen looking at and discussing piece of equipment.

Workmen talking and laughing outside in gas plant site.

Operator smiles and gives thumbs up.

Distant view of illuminated site against a black night sky.

[Music draws to a close]

Connecting the Polarled pipeline at the Nyhamna gas plant

Watch time-lapse footage from the start of construction on the new 480-kilometre Polarled pipeline in March 2015 when the world’s largest pipe-laying vessel, Solitaire, arrived at the Nyhamna. Around 400 engineers worked day and night shifts over 72 hours to connect the end of the pipeline to the gas plant in an operation requiring millimetre precision.

The giant pipe-laying ship Solitaire arrives in the fjord by the onshore gas processing plant Nyhamna in daylight and lower it’s stinger to get ready to start pull-in at Nyhamna. During night-time the pipeline Polarled reaches shore in the landfall and you can see the pipeline being pulled in at the pre-prepared landfall by a powerful cable. Pull-in is visualized by time-laps. Several people are involved in the process and follow the pipeline closely. Involved is staff from pipe-lay operator Statoil, Nyhamna operator Shell, and Allseas; the shipping company owning the ship Solitaire. A big milestone is reached as the end point of Polarled is in place and secured at Nyhamna.

Shell is using robotic equipment for inspection and maintenance of tanks and vessels at the Nyhamna gas plant in Norway.

View of craggy landscape, rising over a hill to reveal a gas plant nestled on coastal plain.

Aerial view of gas plant with sea coastline in the background.

The plant meets around 20% of UK demand.

Its 256 tanks and vessels must be checked.

Robotic mechanical arm with camera scanning the inside of tank, illuminated with ultra-bright floodlights.

A robot offers an answer.

Camera on mechanical arm rotates and scans inside of tank.

Once inside it sends images to a control centre.

In future another robot may first clean inspection spots.

Natural gas from Shell’s deep-water Ormen Lange project off the coast of Norway meets around 20% of the UK’s gas needs.

More in about us

Read key facts about the Ormen Lange project and find out about its history, the technology used, and Shell’s environmental approach.

A network of computers receives thousands of signals from beneath the Norwegian Sea, helping experts spot anything unusual and act quickly.